Krishna: An icon whose contribution to Telugu cinema is unparalleled

Veteran Telugu actor Krishna has passed away. In the wee hours of Monday, he suffered a cardiac arrest. He was revived at a private hospital after 20 minutes of CPR. But his condition remained critical. After being under intensive medical care for xx days, Krishna died on xx at xx. He was 79.

Born as Ghattamaneni Shivarama Krishna in Burripalem of Guntur district in Andhra Pradesh, Krishna made inroads into the Telugu film industry by playing minor roles during the early 1960s. He made his debut as a lead actor in director Adurthi Subba Rao’s romantic drama Thene Manasulu in 1965. And, as they say, the rest is history.

Krishna didn’t just capture the hearts of the Telugu film audience but also constantly pushed the boundaries of Telugu cinema. He was ahead of his time when it came to exploring new cinematic ideas, themes, technology and visual styles. Take, for example, his third movie Gudachari 116 (Agent 116). It enjoys the distinction of being Telugu cinema’s first James Bond-esque espionage thriller. In 1967, the film was considered a risky proposition when mythological movies ruled the Telugu box office. Written and directed by M. Mallikarjuna Rao, the movie proved naysayers wrong by becoming one of the highest-grossing films of that year. And it also remains one of the iconic Telugu films of the bygone era.

Gudachari 116 gave Krishna a solid foundation to build an enviable career in Telugu cinema. And with films such as Ave Kallu (1967), Saakshi (1967) and other James Bond-themed films — James Bond 777 (1971), Agent Gopi (1978) — he cemented his position as a bankable star during the very early years of hiscareer. His fascination for doing spy thrillers also earned him the moniker ‘The Andhra James Bond’.

Krishna also enjoyed a formidable reputation for his exemplary professional discipline and work ethic. He always seemed ready to go the extra mile for the benefit of the film fraternity. Even after achieving the status of a ‘demi-god’ among his fans, he never took his stardom for granted. He shot multiple projects at a time by working three shifts every day. At the peak of his career, on an average, he shot for 10 films a year, which is a record in itself. In 1970, he acted in 16 movies, and in 1972, he headlined 18 movies. And most of his movies turned profits for the producers, helping him achieve the title of ‘superstar’ in the Telugu film industry. 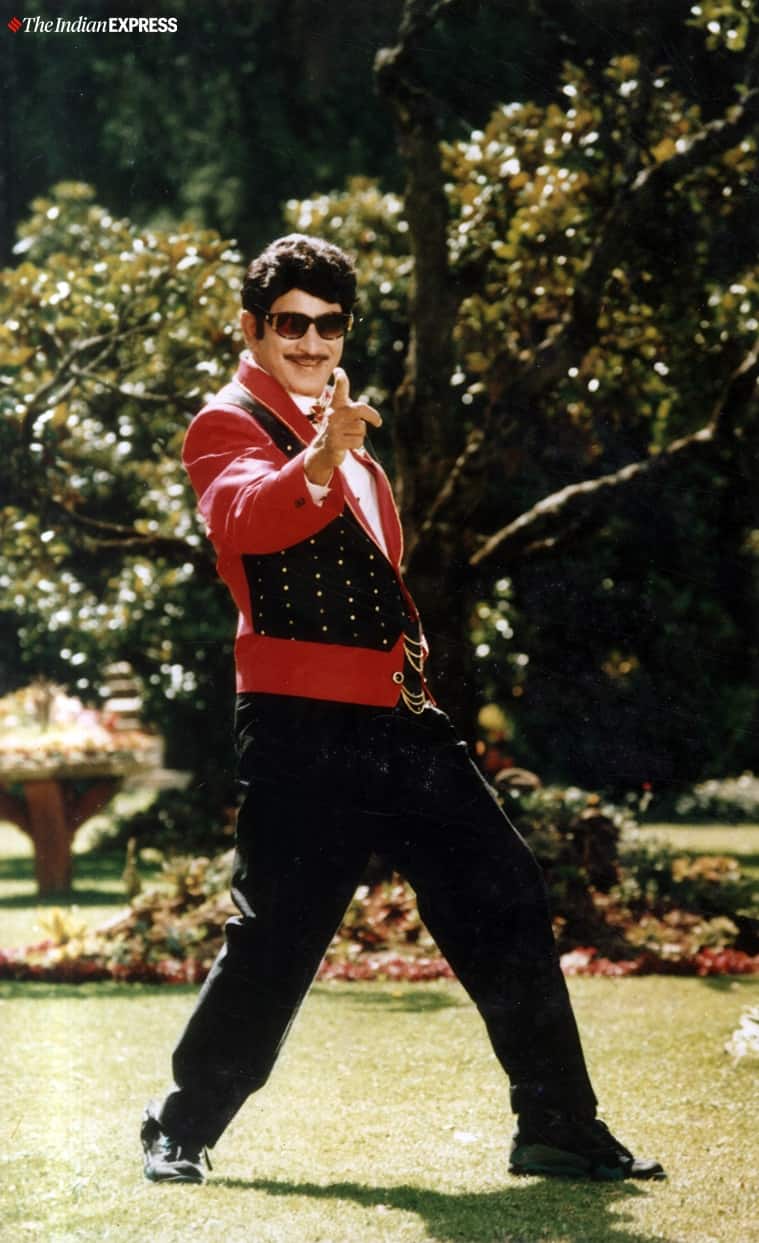 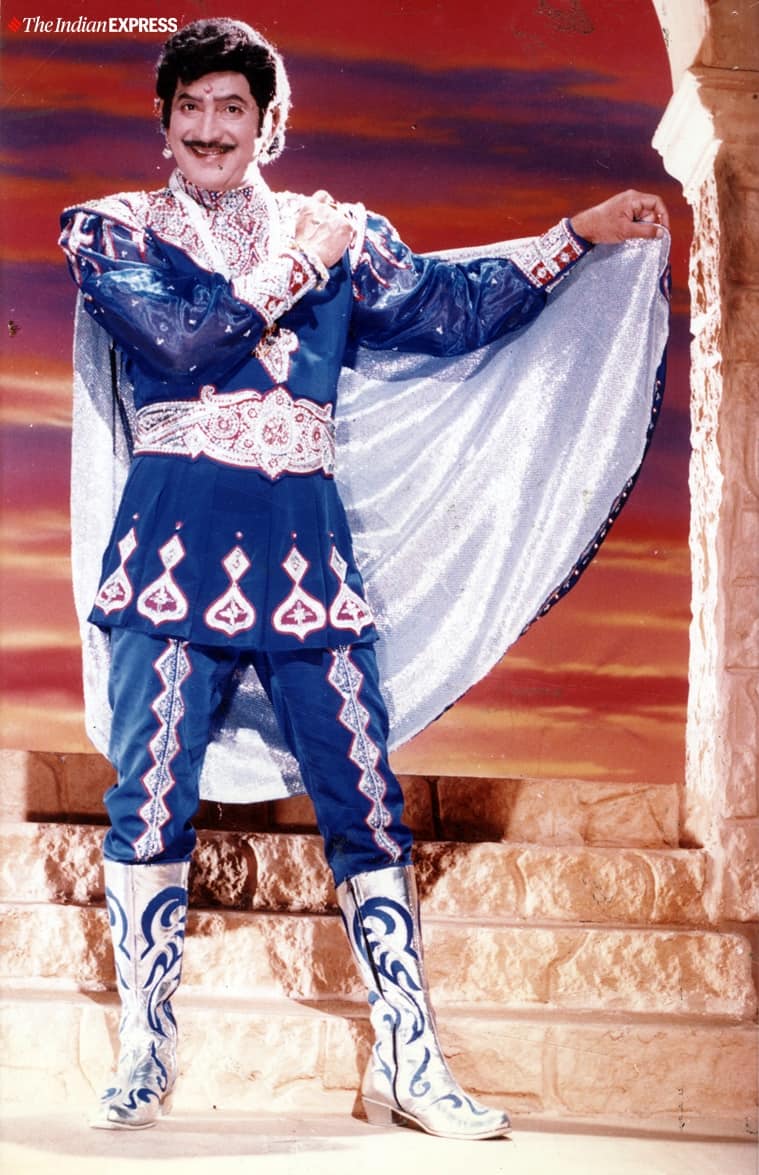 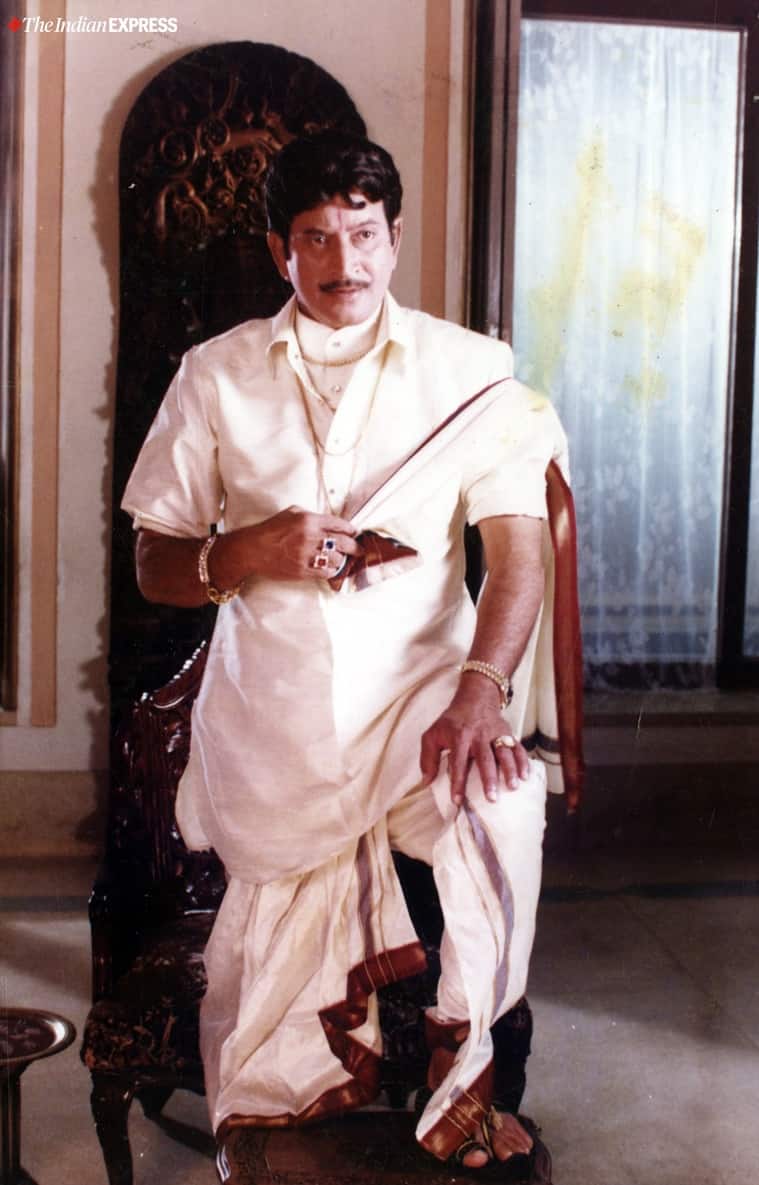 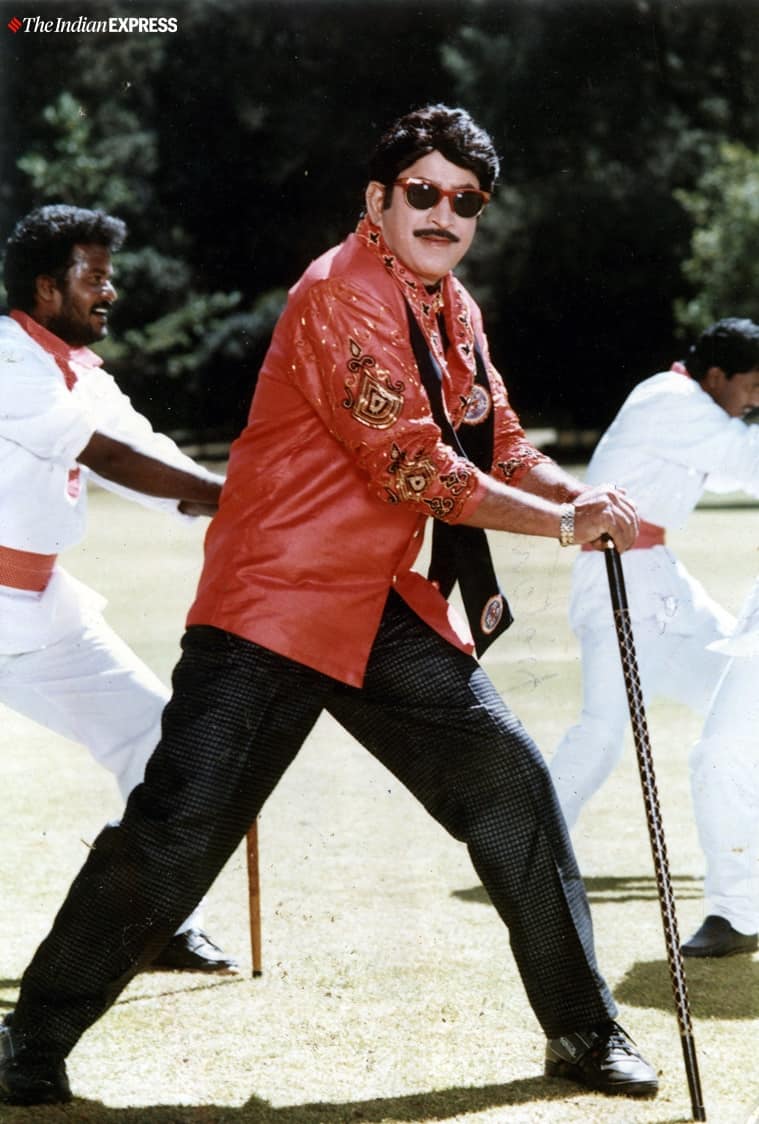 Besides acting, Krishna has also directed and produced several blockbusters under his home production banner Padmalaya Studios. He made his directorial debut with Simhasanam (1984), which was one of the biggest blockbusters of his career. He later remade the film in Hindi as Singhasan with Jeetendra in the lead role. The Hindi remake was also a big hit. As a director, he has a total of 17 movies to his credit, including some superhits such as Mugguru Kodukulu, Koduku Diddina Kapuram, Anna Thammudu, and Bala Chandrudu. He also bankrolled Superstar Rajinikanth‘s Tamil film Maaveeran.

In the later years of his career, he played key supporting roles in movies like Kanthaswamy, Baladoor, Vamsi, Raja Kumarudu, and Osey Ramulamma.

Krishna was also instrumental in introducing several cutting-edge movie-making technologies in Telugu cinema. His blockbuster movie Alluri Sitarama Raju was the first film in Telugu to be shot in CinemaScope. His directorial debut Simhasanam was the first Telugu movie to be made on 70mm film. His 200th film Eenadu was the first Eastman color film in Telugu. And he introduced the Telugu audience to the DTS sound effects with Veera Levara.

In a career spanning over five decades, Krishna’s contribution to the growth of Telugu cinema is unparalleled. In 2009, the Government of India conferred him with Padma Bhushan for his immense contributions to the field of arts.