SonyLIV’s latest presentation Tanaav is an adaptation of the highly acclaimed Israeli series Fauda. The creators have based the Indian show in Kashmir, with the story centered around the conflict between state-run Special Task Group (STG) and insurgents in the Valley. The series is nuanced, keeping in mind the volatile political space they are exploring. Instead of focusing on the nitty-gritty of the conflict in the region, it is a well-made human story where both, STG and insurgents, have strong motives even as they delicately balance their personal lives.

One of the protagonists, Umar Riaz (Sumit Kaul) is on a mission that, should it succeed, will have a long-term effect on the ‘freedom’ of Kashmir. But an undercover officer Kabir (Manav Vij) is aware of Umar’s intentions and is ready to go to any lengths to sabotage his mission and take him down. This cat-and-mouse game between Umar and Kabir is the story’s backbone. The focus is on their intentions, instead of their religion.

Tanaav serves intrigue early on. It has you invested in Kabir and Umar’s missions as well as their personal lives. Both sides are equally brutal and single-minded in achieving their ends, they are also pawns in a larger game. Director Sudhir Mishra and co-director Sachin Mamta Kishn keep the series clean and ensure their are no unnecessary subplots.

But, as events inevitably spiral and Kabir repeatedly disobeys orders to get hold of Umar, credibility and logic go for a toss. Umar and his close associate Junaid (Shashank Arora), appear to have instant access to every person’s details and movements in Kashmir, and yet make big mistakes. A prominent pro-Kashmir leader is killed but there is no uproar among the locals who are his sympathizers. Many important details around events are non-existent.

We can perhaps excuse plot holes in an action-thriller, but not the lack of pace through the twelve-episode season. At least a few episodes lack plausibility or tension. I was left with my head in my hands by the end of the series. I expected a bombastic climax after the delicious anxiety of the initial episodes, but Tanaav is not true to its name. The show depicts a land that has been dyed red in the living memory. Tanaav could have shown us how the actions of the major players have impacted the lives of people in the state, but it takes the easy way out. 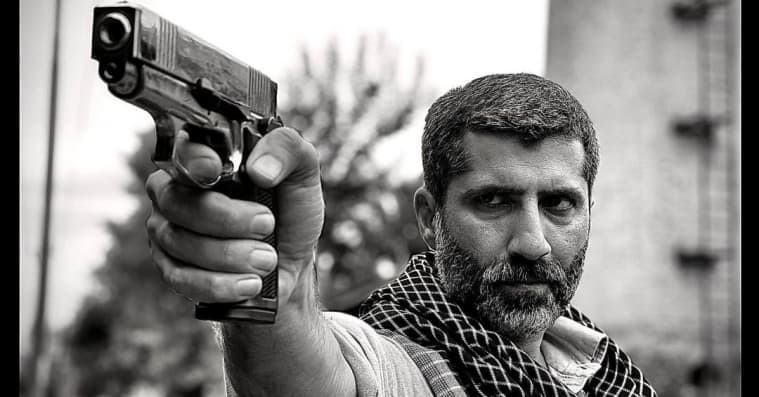 Actor Sumit Kaul has done justice to his role of Umar Riaz.

The mediocre performances from most of the cast, barring a few, also don’t help. Some of the key characters, like Kabir and his core team, portrayed by actors like Arslan Goni, Arbaaz Khan, and Aryaman Seth, fail to leave any impact. Manav Vij struggles to showcase the various layers of his character Kabir and ends up having a wooden expression most of the time. In an ensemble cast, the only ones who shine are Rajat Kapoor, Shashank Arora and Sumit Kaul.

It is not the best entry in SonyLIV’s impressive library, but it is not entirely unwatchable too.