Virat Kohli gets the goofiest birthday wish from wife Anushka Sharma: ‘Love you in every state and form’

Bollywood actor Anushka Sharma wished her husband and Indian cricketer, Virat Kohli, on his 34th birthday with a special post on social media. On his special day, Anushka picked up some of the goofiest clicks of Virat to wish him. Virat is currently in Australia for the ongoing T20 World Cup tournament.

In her birthday post for Virat, Anushka shared a picture of him where he is standing in a park wearing a hat and is holding his slippers in his hand. With those big glasses, he looks goofily into the camera. Another photo has him holding his daughter Vamika in his arms while relaxing in a park. Anushka hid Vamika’s face with a heart emoji.

Along with the pictures, the actor penned a lovely note which read, “It’s your Birthday my love, so obviously, I chose your best angles and photos for this post ️ Love you in every state and form and way ️ @virat.kohli. ” Virat Kohli reacted to Anushka’s post with a laughing emoji and two heart emojis. 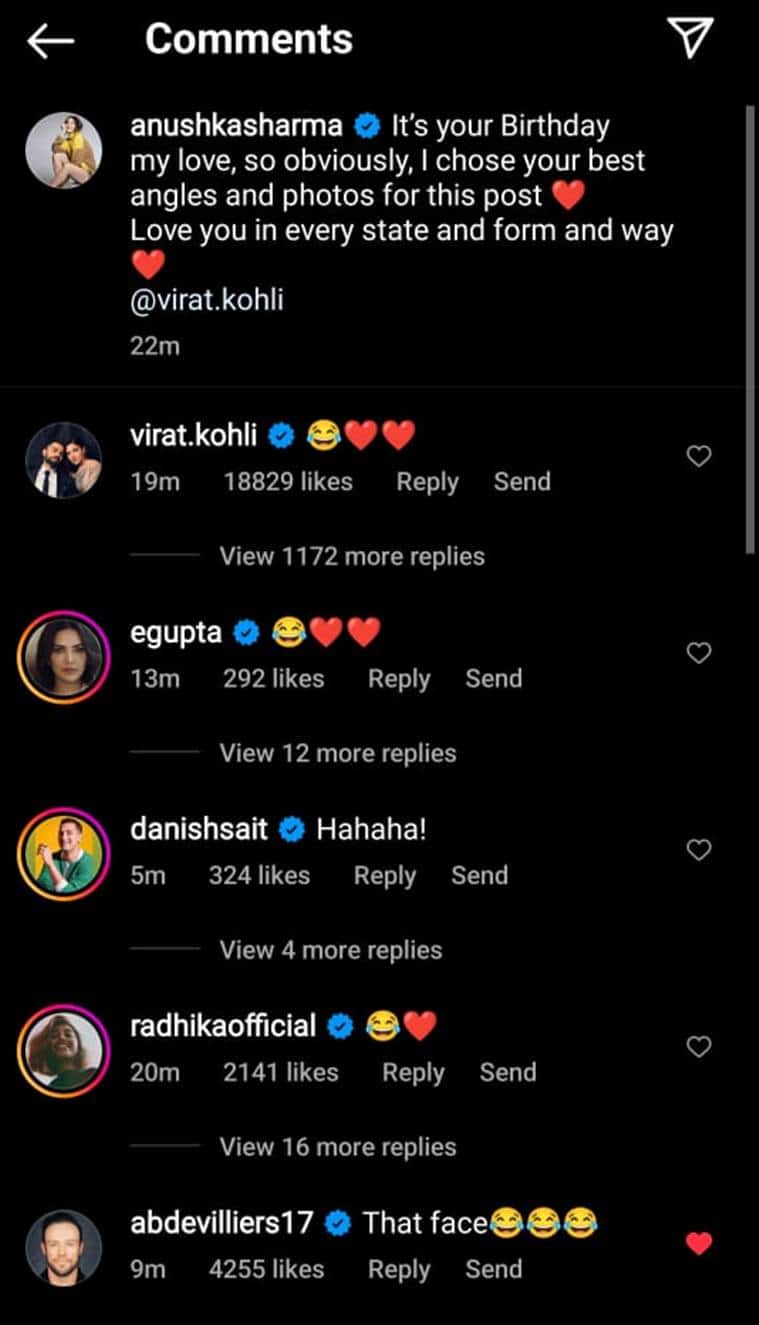 Radhika Apte and Esha Gupta also reacted to Anushka’s post for Virat with laughing emojis. Former South African cricketer AB de Villiers wrote, “That face” and added a couple of laughing emojis. The fans of the cricketer left best wishes for him in the comments section and a few found the post to be ‘cute’. There were many who just dropped heart emojis to express their love for the couple.

Anushka and Virat have been together for many years. They got married in December 2017 and were blessed with a baby girl in 2021. The Bollywood actor has always been her husband’s biggest cheerleader. Whenever Virat performs well on the cricket field, Anushka makes sure to cheer for him and support him.

Meanwhile, Anushka is prepping for her comeback to films after over four years. She has been shooting for her upcoming film Chakda Xpress. She was recently in Kolkataand had shared a series of photos from her time in the city, along with daughter Vamika.